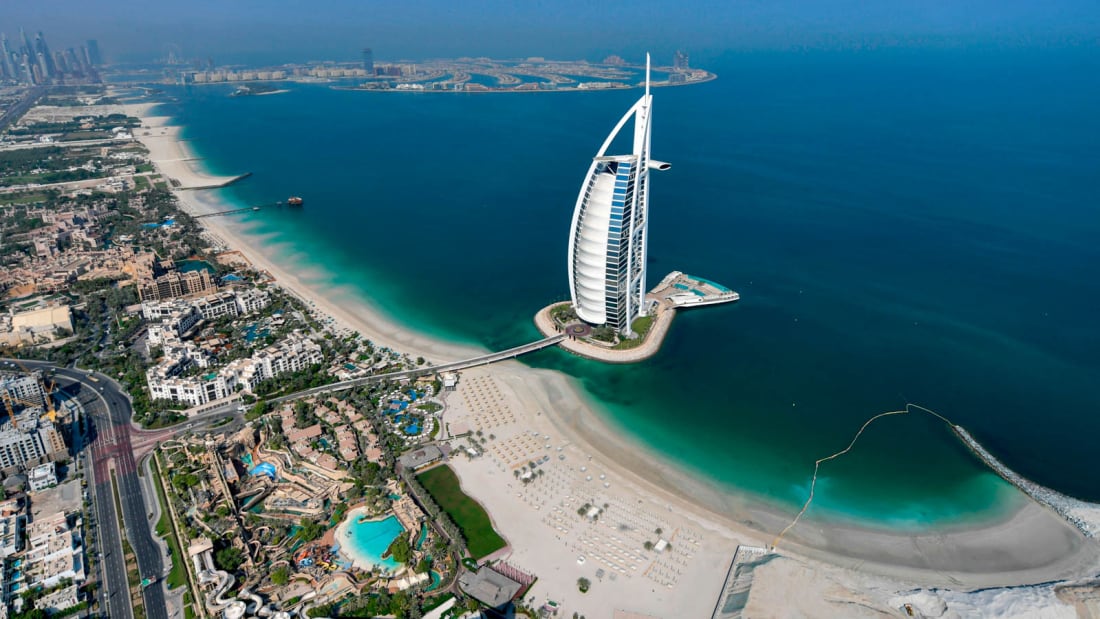 WHAT TO DO IN

Dubai is a city that is known for its luxury and extravagance. It’s a place where anything and everything is possible, and the records for the world’s tallest building, largest shopping mall, and other such feats are constantly being broken.

This city is a paradise for those who love to indulge in the finer things in life. Whether it’s sampling the exquisite cuisine, perusing through high-end boutiques, or simply enjoying the stunning views from one of the many rooftop bars, there is something for everyone in Dubai.

So if you’re looking for an unforgettable travel experience that will leave you feeling awestruck, then be sure to add Dubai to your bucket list

Dubai is the capital of the United Arab Emirates. It is located along the coast of the Persian Gulf, in the Arabian Peninsula, in a desert territory. Unlike the other Arabian emirates, Dubai’s desert is sandy rather than rocky

When people think of Dubai, they often imagine the scorching desert climate. While this is true for most of the year, winter in Dubai is quite mild – more like a warm spring than a cold winter. This makes summer an unbearable time to be outdoors, which is why many tourists prefer to visit during the cooler months. December and January are definitely the best times to go to Dubai, as the days are longer and it’s not too hot.

As the sun began to set, the imposing Castle of Buda in Budapest became strikingly beautiful. The elegant buildings were illuminated, and they cast a majestic shadow over the city. The castle was known for being home to the Hungarian royals in the past, but today it is a cultural hub for institutions like the Széchenyi Library, the National Gallery of Hungary, and the Museum of Budapest History. Although it seems austere by day, at night it is a sight to behold.

The Széchenyi Chain Bridge is a beautiful and iconic bridge in Budapest that crosses the Danube River. It’s one of the most photographed bridges in the city, and at night it’s especially romantic. The bridge was first permanent bridge to be opened in Hungary, and it was designed by a British engineer. At first glance, it may remind you of London’s Tower Bridge, but don’t let its similarities deceive you – The Széchenyi Chain Bridgeis definitely unique to Budapest.

As you walk along the banks of the Danube, admiring the parliament building in all its glory, you can’t help but feel proud of your country. This magnificent structure, stretching over 250 metres along the east bank of the river, was built to celebrate Hungary’s independence from the Austro-Hungarian Empire in the mid-19th century and remains a strong symbol of national identity and pride today. It’s easy to see why – this lavish palace is a true architectural masterpiece: admire it from outside then join one of the guided tours to explore its richly decorated halls.

The Church of Mattias is a must-see attraction located on the hill of the castle. It is a magnificent church in late Gothic style, recognizable by its brightly colored roof decorated with ceramic tiles Zsolnay that form geometric patterns. Witness to over 700 years of history, during which it was the site of coronations and royal weddings, the church reached its peak splendor in the 19th century and is still home to valuable art treasures.

When visiting Budapest, one of the top attractions is its many thermal baths. The most popular and picturesque of these is the Bagni Termali Szechenyi, housed in a beautiful historic building surrounded by trees in the city’s Városliget park. Constructed at the end of the nineteenth century, Szechenyi baths still retain their Belle Époque charm: you can relax in warm pools of water with many therapeutic benefits while admiring the beauty of the architecture around you… even in winter!